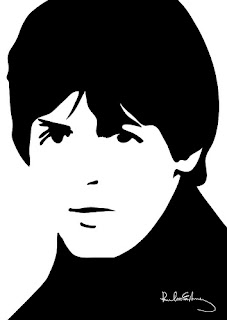 It was recently announced that Sir Paul McCartney has been invited to play a concert in Chichen Itza. The date for his concert has yet to be announced, but it is speculated to be in March/April of 2012.

The concert will be the latest in a series that has included Placido Domingo, Sarah Blackman, and Elton John.

The concert announcement isn't welcomed by all parties. The INAH, a group of archaeologists, is collecting signatures on a petition to express their disagreement with the concerts:

Sir Paul McCartney, You enjoy great public fame due to your musical and business talents. With the former, you changed and shook the ancient constraints of two-faced Victorian morality … The music and lyrics of you and John Lennon, as well as George Harrison and Ringo Starr, contributed to the new configurations of social imagination of much of the western world.

These actions and emotions projected as transgressors to the status quo. Those who listened and shared your rebellion assumed your many diverse ways and borrowed them for some circumstances, just like “déjalo ser” — “Let It Be” …

To give a concert at the archaeological zone of Chichén Itzá, violates the constitutional order of the Mexican Republic … The archaeological site of Chichén Itzá is a national asset, in common use and public domain, attached to the EDUCATIONAL SYSTEM OF MEXICAN SO NO PARTICULAR PERSON OR GROUP MAY profit from it … it would be unlawful and illegal.

The ignorance of Mexican law does not excuse compliance, if the governor of Yucatán, Ivonne Ortega Pacheco and her subordinates did not mention the constitutional provision on the archaeological site in question, it is obvious that it was because they intended to profit economically and politically with their concert.

On the other hand, the archaeological zone of Chichén Itzá, has enormous significance for Mexicans and is a unique study area for understanding the different stories of the western world. For this reason, teachers INAH researchers working to understand, preserve and protect, rather than exploit and squander, like exotic scenery for use and enjoyment of a few.

Now you know that the concert in Chichen Itza is illegal, illegitimate, and contrary to the interests of Mexicans. If, despite this, you perform [the concert], it demonstrates to us that it is indeed a violation of the order, always and when the transgression benefits you, all under the pretext of ‘let it be’.”

Your answer is in the wind.

What do you think about these concerts being held in Chichen Itza?