My take on the "Violence in Mexico" Topic 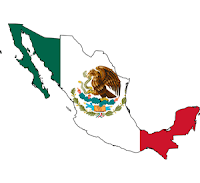 Well, I've finally decided to tackle the topic.  Generally I avoid it, for several reasons:

Before I get too far into the topic, I think an aside is in order: This article relates to the real dangers that do exist in certain areas of Mexico due to the violent reactions of Mexico's drug cartels since the Federal Government has started to mix their Kool-Aid. This violence involves, in large part, members of the gangs, law enforcers, and reporters who are wrapped up in the mess. It has nothing to do with the occasional visitor who thinks that 'anything goes when I am in Mexico' and proceeds to inebriate themselves to the point of falling over their own balconies, etc. While those deaths are also unfortunate, I blame Darwin, not Mexico.

Martyrdom (Or, more appropriately, lack-thereof):
For those of you who don't follow this blog & may not know: I live in Puerto Morelos, Mexico full time with my husband and my two young children.  I am a mother, wife, and business owner -- but I AM NOT A MARTYR.  If I thought it was dangerous for our family, I'd leave.  My very existence (a very happy one, I might add), speaks to the fact that I truly don't feel the least bit endangered.

[Come to think of it, perhaps this is where the seed of annoyance come from. Perhaps I find the question irritating because if I believed it wasn't a good place to live, and I remain, what does that imply?]

Perspective:
In the U.S., I lived thirty minutes from Downtown Detroit. While I heart Detroit, each year it vies for the honored title of "Murder Capital" and usually ends up somewhere in the top 3. My intent isn't to disparage Detroit; it's to make a point: Detroit, like any other city, has its fantastic parts and its not-so-fantastic parts.


Smart Wise folks visit the fantastic parts and avoid the others.  Take Home Message = Do the same when you travel anywhere.

Geography:
Mexico, like its North American Counterparts, is a BIG country.  It has lots of space between places.

Here's a handy map that breaks down where you probably should and shouldn't be.  Be sure to mouse over the squares on the map for an explanation -- many warnings are limited to a particular portion or border area.

The U.S. Department of State has also updated its travel info for Mexico and provides its own map (which I found to not be as user-friendly as the one above).

If you haven't clicked the links to the maps, I'll save you the time.  The Yucatan Peninsula is green.  Green is good.  Green means it's safe for travel.

So, ultimately, how do I answer the question "Is Mexico Dangerous?"

My answer is, "Yes, in some places.  Just like certain areas of the U.S., Canada, and any other Country." Followed by, "When are you coming for a visit?"

Links to websites and articles that I think do a great job of putting things into perspective: