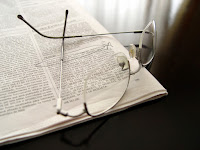 THE FIDEICOMISO (MEXICAN BANK TRUST) CONTROVERSY
and FORMS 3520 and 3520A
is it?   or is it not??
(a trust under IRS rules)
by Linda Neil ABR® (US) and Don D. Nelson, CPA and attorney specializing in tax law (US)

Per Internal Revenue Code Section 6048 any trust established in a foreign country  or its US beneficiary must file certain forms with the  US department of the treasury (Internal Revenue Service) each year.  Forms 3520 and 3520A must be filed by anyone who holds an interest in a foreign trust as a beneficiary.  These forms are many pages long. The form 3520A is due on March 15th following the end of a calendar year. Form 3520 is due on the extended due date of the taxpayer’s personal tax return. These forms must be filed each year that the foreign trust is in existence. These forms report on the assets, liabilities and income and expenses of the foreign trust.
If the US taxpayer has deposits in foreign banks, stock brokerage accounts or other foreign financial accounts and when the highest balance in those combined accounts equals or exceeds $10,000USD, during a calendar year, form TDF 90-22.1 must be filed by June 30th following the end of each calendar year. This form is not filed with taxpayer’s personal tax return and cannot be extended beyond that due date.
Any US citizen who holds an interest of 10% or more in a foreign corporation must file form 5471  and must be filed on the due date of taxpayer’s personal form 1040 each year. There are similar rules and special forms for US taxpayers that hold interests in foreign partnerships and foreign limited liability companies.
The penalties for non-filing or late filing of any of the forms mentioned above can be    $10,000.00 USD or more.
Recently there has been news in the media and on the internet that the Mexican bank trust (fideicomiso) probably should not be included in this filing requirement.  Some attorneys believe that the Mexican bank trust, (fideicomiso) may not be a foreign trust and does not  meet the criteria which requires filing of forms 3520 and 3520A.  Some of these attorneys have also hypothesized  that no reportable event occurs when a US taxpayer acquires a property in fideicomiso. This is great in theory, but here are the facts:

In conclusion, common sense requires that the taxpayer file the Forms 3520 and 3520A unless the IRS states in writing it is not necessary to file these forms.  Any US taxpayer should file if he/she wishes to avoid time consuming and expensive audits and  court litigation.
The foreign trust  forms do not change the existing rule that if rental income from the real estate held in fideicomiso  must be reported on personal US tax returns.  There are also reporting requirements in Mexico.
If the property is sold, the gain or loss must be reported under the same rules that apply to personal or rental property located in the US.  If sold at a gain a credit for Mexican taxes paid on that gain can be taken against the US income tax on any of the gain which is taxable on the taxpayer’s US tax return.
It should be kept in mind that there are attorneys out there writing articles and issuing written opinions stating various positions on all aspects of the US income tax law.  Some  of those opinions are correct and some are not. Generally the taxpayer must go to Court to determine if the opinion is correct unless the IRS later concedes this in writing.  For approximately five years the IRS has known that certain attorneys have expressed that a fideicomiso should not have to file Forms 3520 and 3520A. The IRS has not agreed as of this date.
Co-Author Linda Neil is the founder of The Settlement Company.  It is the first escrow company in Mexico, and is dedicated to processing the trusts and title transfers of Mexican real estate for foreign buyers and sellers for properties located ANYWHERE in Mexico. Ms. Neil is also licensed as a Real Estate Broker in California, is an Accredited Buyer Representative through NAR, and has over thirty five years of hands on experience in all aspects of Mexican real estate.  She holds membership in AMPI, NAR and FIABCI and PROFECO Certificate 00063/96.  E-Mail; linda.neil@settlement-co.com  Web Site: http://www.settlement-co.com.